Happiness begins here at the DTE Energy Music Theatre on Tuesday 14th September 2021 when The Jonas Brothers pull over and hop on stage to give their fans yet another exhilarating live music extravaganza. The band of brothers has been on hiatus for six years pursuing solo careers, up until their reunion in 2019. It's 2021, and fans are still a sucker for their live shows as tickets quickly fly off the shelves. "Remember This", the tour would definitely not be an exception. Here's a quick way to get your hands on those hot tickets: click that 'Get Tickets' link on this site to book your tickets now! 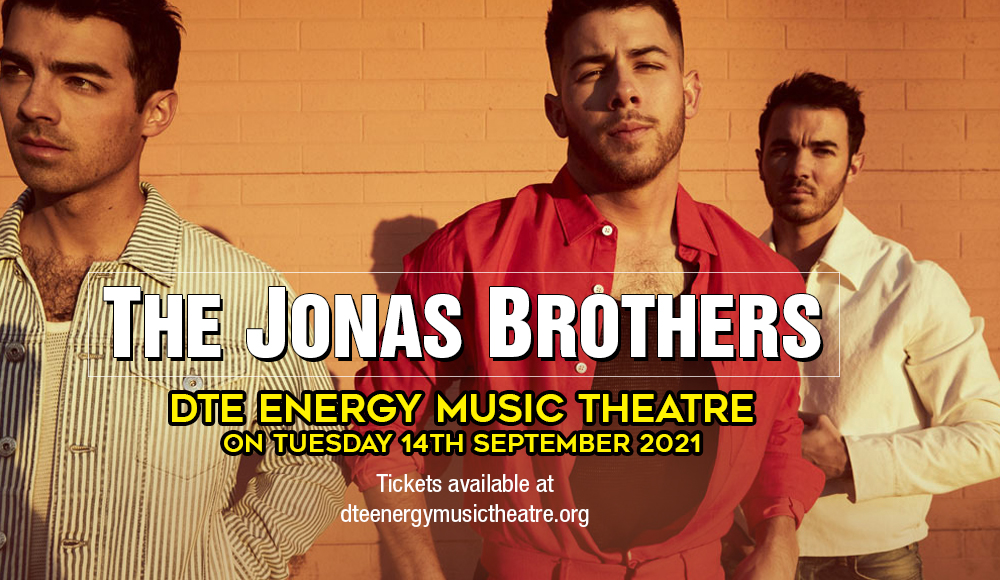 With the Jonas Brothers' 7.3 million followers on Instagram alone, word gets around fast on their latest tour dubbed as "Remember This". Social media is burning up with excitement to see the brothers on the live stage once again. And from their end, the feeling of enthusiasm is mutual…

“We couldn’t be more excited to officially announce we are going on tour this summer and bringing our friend Kelsea Ballerini!” the Jonas Brothers said in a statement. “If this past year has taught us anything it’s that we need to remember the important moments in our lives. We hope these shows will be special moments for our fans, our friends, and our families and we can’t wait to see all their faces soon!”

Yet the Jonas Brothers are music artists at heart. Hence, recording and releasing albums, and singles was part of their career that brought them to greater heights. Jonas Brothers has sold over 17 million albums worldwide driven by their chart-busting singles "Burnin' Up", "Girl of My Dreams", "Hold On", "Lovebug", "SOS", and many more.

Emerging from a 6-year hiatus, Jonas Brothers reunited in 2019 and released the single "Sucker" –becoming the 34th song in history to debut at number one on the Billboard Hot 100, and became the Jonas Brothers' first number one single on the chart.

Their current tour also marks another milestone in their career. The Remember This tour is the title track of the Jonas Brothers’ upcoming single, which is the banner song of NBC’s promotional campaign for the Tokyo Olympics this summer.

All things exciting are happening but first remember this…get your tickets now!