The Goo Goo Dolls & Daughtry are teaming up and co-headlining a very special summer tour full of great rock music and hits from their latest albums, With the Plain White T’s performing an acoustic set to open all shows. Goo Goo Dolls released their latest album, “Magnetic,” last summer, where it reached No. 8 on the Billboard Top 200 chart. The fourth album from Daughtry, “Baptized,” hit No. 6 on the Billboard Top 200. The show will be rocking its way into the DTE Energy Theatre on Wednesday 2nd, tickets available now. 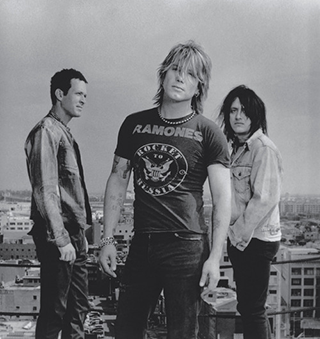 "We are excited to finally be teaming up with Daughtry," says Goos vocalist-guitarist John Rzeznik. "Not only are we big fans of Chris, but we think this is going to be a huge party for the fans of both our bands. The combination of the two will make for an awesome summer night of great American rock music."

Whilst Daughtry are just as excited saying: "We are huge fans of the Goo Goo Dolls and have wanted to tour with them for a long time now," says lead singer Chris Daughtry. "Everyone will see more than two great bands on stage. They're going to get an incredible show every night and have a summer to remember."

The tour is coming to the beautiful DTE Energy Music Theatre on Sunday July 2nd!