International, multi-platinum rock legends, The Foo Fighters have just announced a major 2015 tour. Wearing those tour bus wheels down as they perform in just under 30 cities! Including the DTE Energy Music Theatre on Monday 24th August. The tour will support their latest album "Sonic Highways" which features song "Something From Nothing". See the ultimate rock tour of 2015 live, tickets are available now! 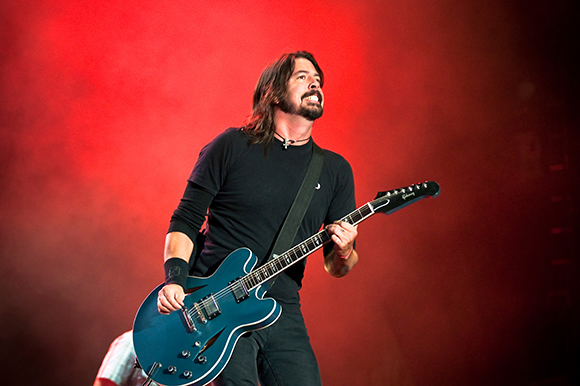 Headed by the multi-talented Dave Grohl, the Foo Fighters are considered one of the best rock bands ever, with multi-platinum selling albums and some of the biggest awards in the industry on under their belt. Dave Grohl continues his legacy from Nirvana drummer to front man of Foo Fighters, he has also guest appeared on various other album including Tenacious D and He is also the drummer and co-founder of the rock supergroup Them Crooked Vultures. Grohl has additionally written all the music and performed all the instruments for his short-lived side projects Late! and Probot, as well as being involved with Queens of the Stone Age.