The mesmerising talent Chris Stapleton is heading out on tour for the summer of 2019 and lucky fans can grab the chance to be there! With his groundbreaking music, effortless guitar skills and vocal abilities, Chris Stapleton has been blowing the crowds away ever since his first debut! Come and show your love and support for this incredible artist as he takes to the stage at DTE Energy Music Theatre on Friday 2nd August 2019! Tickets are on sale NOW – don't miss out! 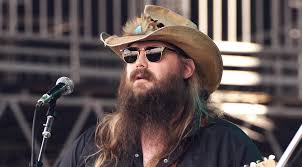 Chris Stapleton is quickly becoming a superstar in Country, but don't be fooled, this guy is not like any other artist as he also has so much passion that can be heard through his raspy soulful vocals…

The 39 year old Kentucky born singer, songwriter started his career writing massive hits for fellow artists such as; Cheryl Crow, Vince Gill, and Peter Frampton and writing songs appearing on albums by artists as big as Tim McGraw, Luke Bryan and Dierks Bentey to Adele!! But in 2015, Stapleton got the breakthrough that he deserved with his debut solo record “Traveller,” smashing the number one spot and selling over 1.7 million copies in the US alone! Since then Chris has won countless awards and proves time and time again that he is one of the most talented artists there is today!

His mind-blowing performances have given fans an insight time and time again to what a great musician Chris Stapleton really is – it's no wonder that his ever successful tours have meant that he has become a sell out sensation.

Come and catch this unmissable artist live this summer – as he travels across the US for 2019, there's only one place to be and that's down at his concerts catching him right before your eyes!