“If you just want to hug up on your girl, I’ve got those records,” Wilson declares with a laugh. “And if you want to dance, those records are there too. That’s why I call it Forever Charlie—because I’m not ever going anywhere.” 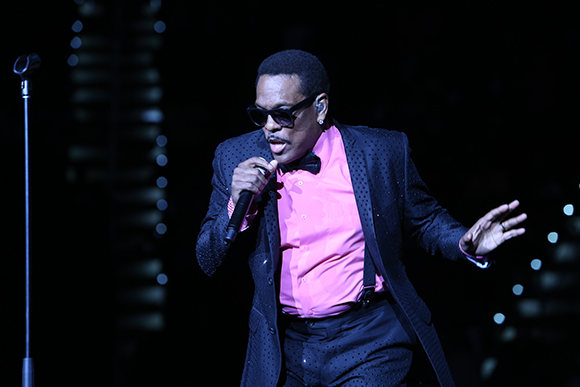 R&B legend Charlie Wilson started his musical career in funk-tinged R&B group The Gap Band with his two brothers in the late 1970s. The Gap Band found their greatest commercial success in the 1980s, with their albums The Gap Band III and The Gap Band IV both peaking at #1 in the R&B chart. Their 1982 single “Outstanding”, remains one of the most sampled songs in history and has reportedly been used by over 150 artists. After 43 years together, The Gap Band retired in 2010. In 1992 Wilson launched his solo career with his moderately successful debut album You Turn My Life Around. His next big break came in 2000 with the independent album release Bridging the Gap, which scored Wilson’s first No. 1 Billboard Urban Adult Contemporary single “Without You” and led to a multi-album deal for Wilson with Jive Records. The first album from that deal, Charlie, Last Name Wilson debuted in 2005, featuring production from various hit-making producers including R. Kelly, Justin Timberlake, will.i.am and The Platinum Brothers. Since then, Wilson has consistently topped the Billboard Urban Adult Contemporary chart, earning himself nine Grammy Award nominations.